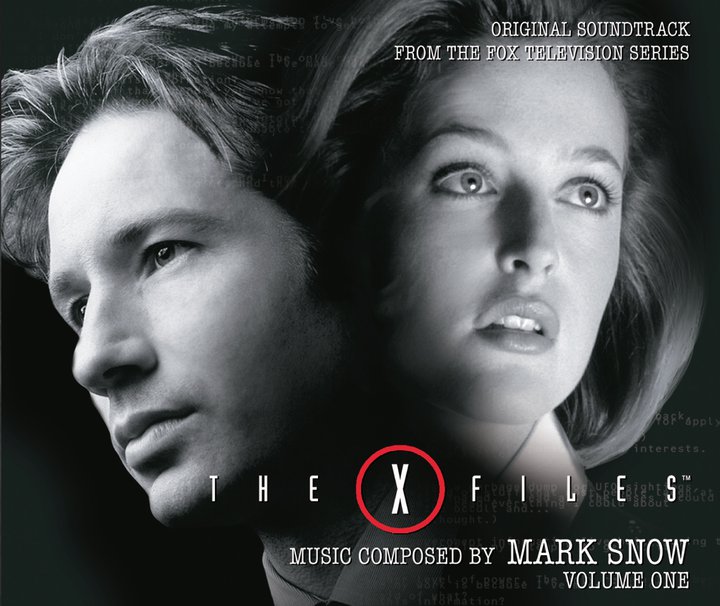 See also on EatTheCorn:
- The Truth and the Light
- Massive Music Compilation: What we want for Volume Two (and beyond!)
- 1013 Interviews Database Project: Mark Snow

The wait has been long since the release of The Truth and the Light released in September, 1996!

During the promotion of I Want To Believe (2008) and its excellent sountrack, Mark Snow (in a June 24, 2008 interview) and Frank Spotnitz (in a June 25, 2008 reply to fanmail regarding that interview) announced that this long-awaited dream of fans, another release with Snow's music for XF, was in the works, and that it might be released as soon as the end of 2008.

In February 2009, in an interview with BeyondTheSea.it, Mark Snow revealed that La La Land Records was the one working on the set, and that the set would contain 4 CDs; he offered a spring 2009 release date. La La Land kicked off their collaboration with Mark Snow by releasing a 2-CD set with music from Milennium in November 2009 and continued with a 1-CD release of music from Harsh Realm and The Lone Gunmen on August 17, 2010.

In March 2010, La La Land released on the FilmScoreMonthly boards a preliminary list of episodes on which they were focusing their selection on. This selection contained 68 episodes. Of these, 35 did make it into the Volume 1 box set, meaning that 5 more were added that were not in the shortlist, and 33 from that shortlist did not make it in Volume 1.

On March 27, 2011, Mark Snow (via X-Files News) and La La Land (via Facebook) finally announced that the box set would be released on May 10, 2011. Over the last days leading up to the release, La La Land teased awaiting fans by releasing a few random track titles per day! Also, video editor Lyle released a video trailer for the box set and redirected thexfilesmusic.com to the LLL website.

On May 3, 2011, a La La Land press release on the box set broke the news that this would be entitled "Volume One", with Volume Two expected to be released in 2012!

Coming Tuesday, May 10 at 1pm PST La-La Land Records is proud to announce its latest releases: THE X-FILES VOLUME ONE SOCOM 4 You read that right – this is the first Volume of music we plan to release from this landmark television series. VOLUME TWO is already in the works and is scheduled to be released in 2012. THE X-FILES VOLUME ONE – 4 CD SET Music by Mark Snow LLLCD 1170 Limited Edition of 3000 units Retail price: $49.98 Produced by Mark Snow, James Nelson and MV Gerhard Mastered by James Nelson, Digital Outland Liner Notes by Randall D. Larson Art Direction by Mark Banning La-La Land Records is honored to announce THE X-FILES VOLUME ONE. This 4 disc set features over 5 hours of some of the creepiest, most elegant AND suspenseful action music composed from this now classic television show. After working on this project for more than two years, Mark Snow, James Nelson and the rest of the gang at La-La Land have come up with, what we believe to be, the absolute BEST musical moments from show. Housed in an attractive reinforced black cardboard slipcase, this collection of music from all 9 Seasons of the hit television show is a must have keepsake for any fan of the series! The 40 page booklet includes in depth liner notes by Randall D. Larson, detailing the history of the series, its music and its mystery. Comments from composer Mark Snow give the listener a deeper insight into his craft. As an added bonus, composer Mark Snow was kind enough to sign the first 400 or so units purchased directly through the La-La Land website at no additional charge! Artwork, sound clips and more details to follow.

THE X-FILES: VOL. ONE: LIMITED EDITION (4CD-SET) LLLCD 1170 Music by Mark Snow Limited Edition of 3000 Units STARTS SHIPPING MAY 10th RETAIL PRICE $49.98 ORDER “THE X-FILES: VOL. ONE: LIMITED EDITION (4CD-BOX SET)” MAY 10th at www.lalalandrecords.com and get the composer, Mark Snow’s autograph at no additional charge. Autographs are while supplies last and are not guaranteed. La-La Land Records is proud to present THE X-FILES: VOL ONE, a limited edition 4-CD BOX SET chronicling the best musical moments from Chris Carter’s classic sci-fi FOX television series starring David Duchovny and Gillian Anderson. Acclaimed composer Mark Snow (MILLENNIUM, SMALLVILLE, GHOST WHISPERER, STARSKY AND HUTCH) created nine seasons of thrilling and mesmerizing score for this legendary show, expertly and elegantly weaving a complex musical tapestry of paranormal mystery, suspense, terror, hope and love that became as vital to the series’ enduring success as its writing, cast, cinematography and editing. Music selections from 40 episodes that span the show’s nine seasons are presented on four discs and complemented by a 40-page booklet – all of it housed within an attractive reinforced cardboard slipcase. Produced by Mark Snow, James Nelson and MV Gerhard and mastered by James Nelson, this limited edition of 3000 units features more than 5 hours of amazing score. Film music writer Randall D. Larson contributes in-depth liner notes, with new comments by the composer, and detailed track-by-track analysis. A must-have release for soundtrack enthusiasts and a meaningful keepsake for all fans of this beloved series.

Some additional information given by LLL's MV Gerhard here and there:

- Track titles were not invented for the set: the original "Cue Sheet titles" were used.

- Some tracks (1.16, 3.5, 3.15, 3.21, 4.13) "were edited down for two reasons: CONTENT and LENGTH. Under Mr. Snow's direction 5 cues have edits to address creative/timing issues that he though he was important to the overall listening experience of the album. And we agree." - Regarding the delays compared to the original projected release date of end of 2008: "Artwork approval was not an issue... it was getting the 4 discs packed with the absolute best material as we could. This is Mr. Snow's baby... his STAR WARS if you will. He, more than any one else, has been wanting to get this out there from the get-go. He wanted to ensure that the best material and the best listening experience was created, but at the same time designing it in such a fashion that us geeks would enjoy as well. It took a lot of finessing... tracks got cut, whole episodes swapped out... thus the reason for the delay"

Considering that Jose Chung's From Outer Space, Dreamland I & II and Jump the Shark are stand-alones.
Full tracklist follows.